Beyond Meat’s Run Up was as Artificial as Their Burgers 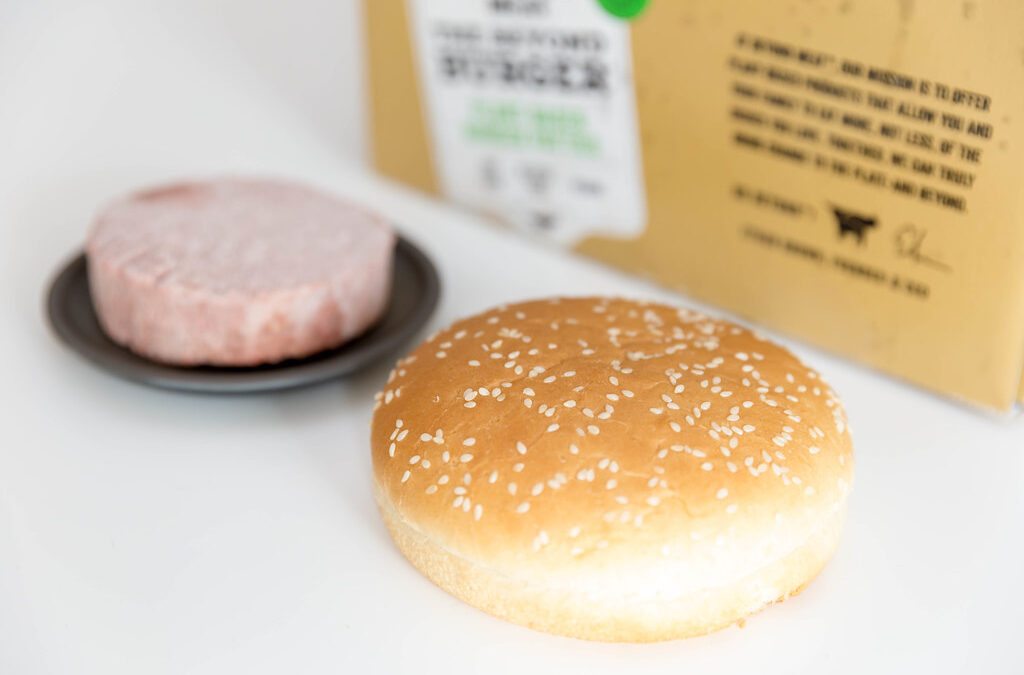 In mid-July this year I wrote an article on ZeroHedge about Beyond Meat (BYND) and fake meats and how their products (and the stock) are unhealthy for investors and their portfolios. Just one week after publishing my article, Beyond Meat topped out after hitting a record high. Since then, just under four months later, the stock has plummeted more than 68%.

Contrary to most analysts and investors, I was not thrilled about the firm’s products nor the stock. The IPO of the stock occurred in May and the mania was in full swing. I wrote that I missed it; I didn’t buy the stock of BYND the day it went public. Yup, I perhaps missed making a lot of money in a short time, assuming I had bought it on the IPO and sold it within a month or two, two timing events which are fraught with potential failure.

Normally, people who buy right after the IPO pay much more than the IPO price, which is reserved for the “well-connected.”  Then they ride the stock upward, get all excited about the paper profits, but don’t sell at the top. In fact, they may even buy more at the top because they are confident it will go even higher. It’s human nature.

But then the informed investors start selling. The stock then declines rapidly, faster than the casual investor reacts. They then ride it all the way back down, and below the price where they bought it, usually at a big loss.

Has this happened to you?

I have learned in more than 42 years of trading to stay away from fads that have very little, if any, great fundamentals and are in a business that can be entered by anyone. I may miss a short term opportunity, but I will certainly miss the pain of a 50% or 90% decline.

In regard to “fake meat” it is only a matter of time before health conscious consumers discover that some of the “fake meats” have questionable ingredients. In fact, I am a fanatic about reading food labels and know what I don’t want to put in my body.

I am all in favor of vegetable proteins in the imitation meats, but not when they add GMO (genetically modified) ingredients, especially when the FDA has not approved some of them.

Here is an excerpt from “GMO Science” about the ingredients in ‘Impossible Burger,’ now sold by numerous well-known restaurant chains:

‘Impossible Foods’ meatless burger is marketed as a healthy and environmentally responsible choice.

The key ingredient that gives the Impossible Burger its meaty taste and makes it bleed like meat when cut is soy leghemoglobin (SLH), derived from genetically engineered yeast.

The US Food and Drug Administration (FDA) refused to sign off on the safety of SLH, which has never been in the human food supply before.

The FDA is also concerned that SLH may be an allergen.

The Impossible Burger contains a number of other ingredients that are derived from genetically modified organisms (GMOs).

The GM yeast must be grown in a nutrient-rich broth made of chemically synthesized ingredients that are themselves industrially manufactured.

The Impossible Burger represents the opposite of what today’s health-aware and environmentally conscious consumers want from their food: pure, natural, non-GMO ingredients that are transparently sourced.

In my July article I listed the questionable ingredients in the “fake meat” products. Here is an excerpt, and my updated stance, below.

I learned decades ago that the risk of faddish stocks is far higher than the potential rewards.

I always look at risk first, and potential profits second. Loss of my own capital is much more important than the potential loss of opportunity. I will miss a boat, but that’s better than catching one that sinks.

We heard that “no evidence” phrase thousands of times about smoking for about 100 years.

What Has Happened Since I Wrote the Above?

The stock of BEYOND MEAT (BYND) has crashed 68% since the July high, over 3 months ago. 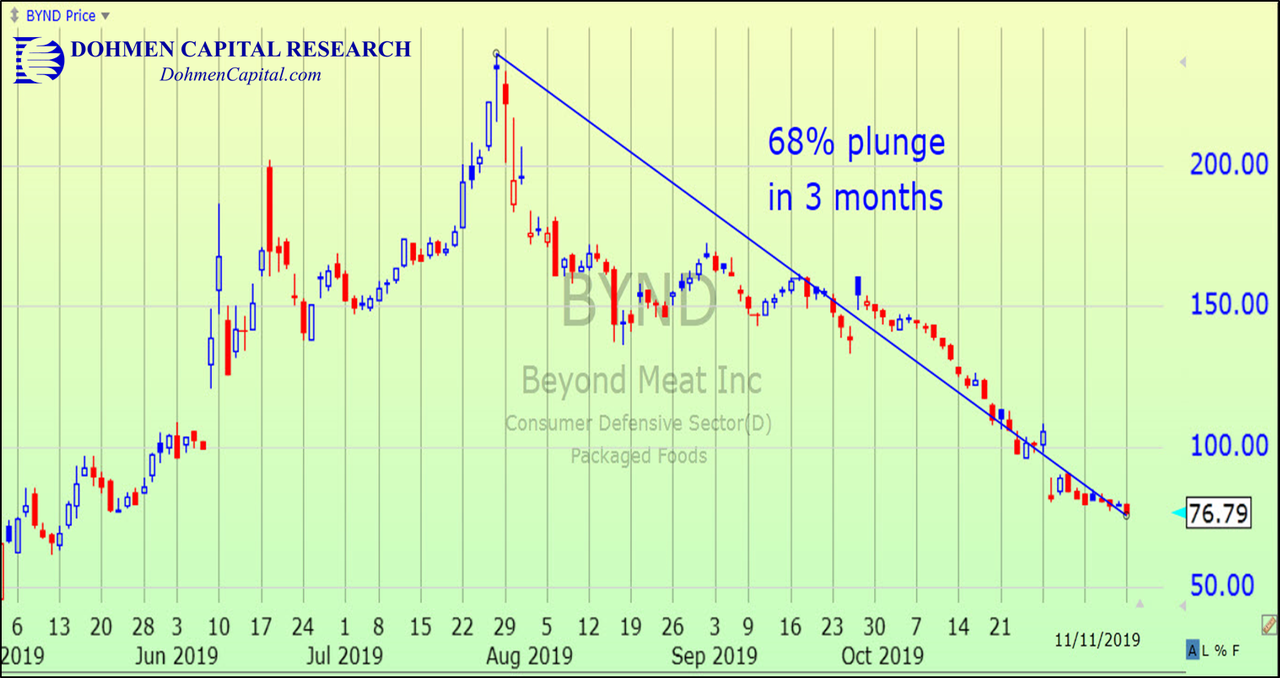 The company has no earnings in spite of all the hype about booming sales. The IPO price this year was $45. When it gets back to that price, that will attract “bargain hunters.” I will avoid that “bargain.”

Conclusion:  Yes, fundamentals overrule manias and fads. It pays to keep a cool head. Never buy something for no other reason than the stock is going up. That’s called ‘FOMO,’ fear of missing out. That’s the worst reason to buy if it is unsupported by analysis.

The billionaires of the world never ‘fear’ losing an opportunity and are always ready to walk away. They know there will always be other opportunities.

For investors wanting our contrarian analysis on a regular basis that can save you from painful losses, try our award-winning Wellington Letter, now in its 42nd year of forecasting the important markets.