How It All Began

The first issue of Bert Dohmen’s WELLINGTON LETTER was published in January of 1977. That makes it one of very few and oldest services of its time in the world. To prosper over such a long period, it’s got to be good.

Since that time, it has won numerous awards of distinction, including the #1 Market Timer designation. This investment and economic newsletter is targeted toward the serious investor, who is interested in making profits in bull as well as bear markets.

Business executives like it for its great forecasting record of interest rates and the economy. Years ago, one of our valued clients was on the board of directors of a NYSE listed company. He told us that the board subscribed to a well-known econometric firm at $35,000 per year. But that he and several other board members went to the WELLINGTON LETTER for accurate forecasts of the economy. That client is still with us today.

Let us Elevate Your Investing Strategy 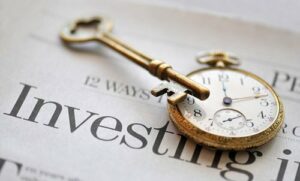 Since 1977, the WELLINGTON LETTER has provided readers with the most accurate analysis and forecasts of the global economies and investment markets found anywhere. At critical turns, it usually goes against the crowd and popular forecasts. We challenge anyone to find another service with a better track record.

Bert Dohmen’s WELLINGTON LETTER is a macro view of the major global markets. It sorts out the noise from the truly important stuff. It is ideal for the current environment where all the global markets are very much inter-related.

Bert Dohmen’s experience of almost four decades in the international markets have kept members on the right side, whether markets rise or plunge. However, it doesn’t recommend individual securities. For that, please consider some of our other trading services, depending on whether you want to trade actively, or take a somewhat longer-term approach. Most clients take one of these services in addition to the WELLINGTON LETTER. It is the ideal combination.

Members to this service show a loyalty rarely seen. We have members who have been with us for more than 30 years. They subscribe for consistently prescient investment and economic analysis and forecasts, as well as actionable advice on what to do. Hear what they have to say about the Wellington Letter here.

The Editor: Not Just an Analyst, But a Professional Investor and Trader

Bert Dohmen looks behind the scenes of the global investment markets. His analysis of cross-market relationships, which give him superb clues as to what is likely to happen in various markets in the future, are often overlooked by other analysts who focus on all the traditional fundamentals. But as Bert has often said, “what everyone knows, is not worth knowing”.

Bert Dohmen has been called “a leading Fed Watcher” by the Wall Street Journal. A contrarian view of Federal Reserve Board actions combined with sophisticated technical chart analysis give him the important clues. He is a professional trader, with over four decades of experience in the markets.

Perhaps you have seen him on FoxNews with Neil Cavuto, CNN’s “Moneyline,” CNBC Network, Louis Rukeyser’s “Wall Street Week, or other national TV. Or perhaps you have read about him in The Wall Street Journal, Barron’s or Business Week.

Bert Dohmen’s analysis often goes totally contrary to accepted “Wall Street wisdom.” He is the original Fed Watcher. In 1977 he proposed his “Theory of Liquidity”, which at first was greeted with great skepticism. His theory basically says that the change in liquidity, i.e. credit availability, determines the trends of the investment markets. According to this theory, you need not spend much time analyzing hundreds of economic statistics, because they always lag, sometimes by as much as one year or more. Simply stated, when credit availability contracts, the stock market must decline, and when it increases, the stock market must rise. 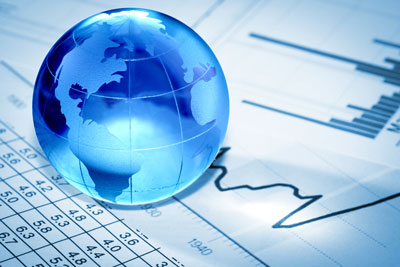 His predictions of Federal Reserve policy have been astounding. He considers Fed policy the most important fundamental factor.

To get precise timing, which often has enabled him to catch the exact day of the turning point in the market, Bert Dohmen uses his 42 years of experience with technical analysis. He was utilizing this discipline long before it ever became accepted on Wall Street.

Bert Dohmen says that in most cases the charts reflect what the insiders know today and will not be public knowledge until several months from now. By combining the analysis of price and volume changes, he gets a very accurate view of the change in money flows. And only a change in money flows can produce a change in the trend.

The Wall Street Journal refers to Bert Dohmen as a “Fed Watcher.” Indeed, he is! The Fed has the most powerful influence on the investment markets. The Fed is more important than the general economy, or the actions of the President and Congress. Bert Dohmen’s comments are original, enlightening, and thought-provoking.

In fact, as hard as it is to believe now, until the 1970’s not much attention was paid to what the Federal Reserve might do or not. Most people thought that the Fed just cleared checks in the banking system.

In his first big conference speech, in New Orleans (NCMR), in 1977, Bert Dohmen’s speech was entitled: “The Secret of the Stock Market Trends.” He introduced his “Theory of Liquidity and Credit” as the key to the investment markets. When liquidity and credit expand, the stock market has to rise. When it contracts, the stock market declines.

Attendees were amazed as they had never considered the importance of these two variables. Since that time, Dohmen’s track record has shown the validity of the concept.

About The Wellington Letter

Testimonials From The Pros

Bert Dohmen has astounded our conference audiences for over a decade with forecasts which at the time seemed impossible, but nevertheless came true. One of his most remarkable forecasts was at our late Fall 1987 conference, where he predicted a 500-1000 point decline in the Dow before year-end.

Not only do you give clear, understandable descriptions of the economy and the markets, but you’ve given me the opportunity to get in before the markets moved, and out with good profits.

Ex-VP, Chicago Board of Options

Bert Dohmen, one of the all-time Kings of Technical Analysis…has always been fiercely independent in his thinking. Bert Maverick, I call him. That’s a good thing, because in markets the consensus is usually wrong, which is why Bert is usually right.

…the most thoroughly researched and best written investment newsletter that I receive.

…Bert Dohmen captured the actual levels of the DJIA precisely. In a business with so many variable influences, such performances are to be congratulated.

Timer Digest
Get Exclusive Access to The Wellington Letter