Home » Don’t Be A Victim Of SPACulation

Don’t Be A Victim Of SPACulation 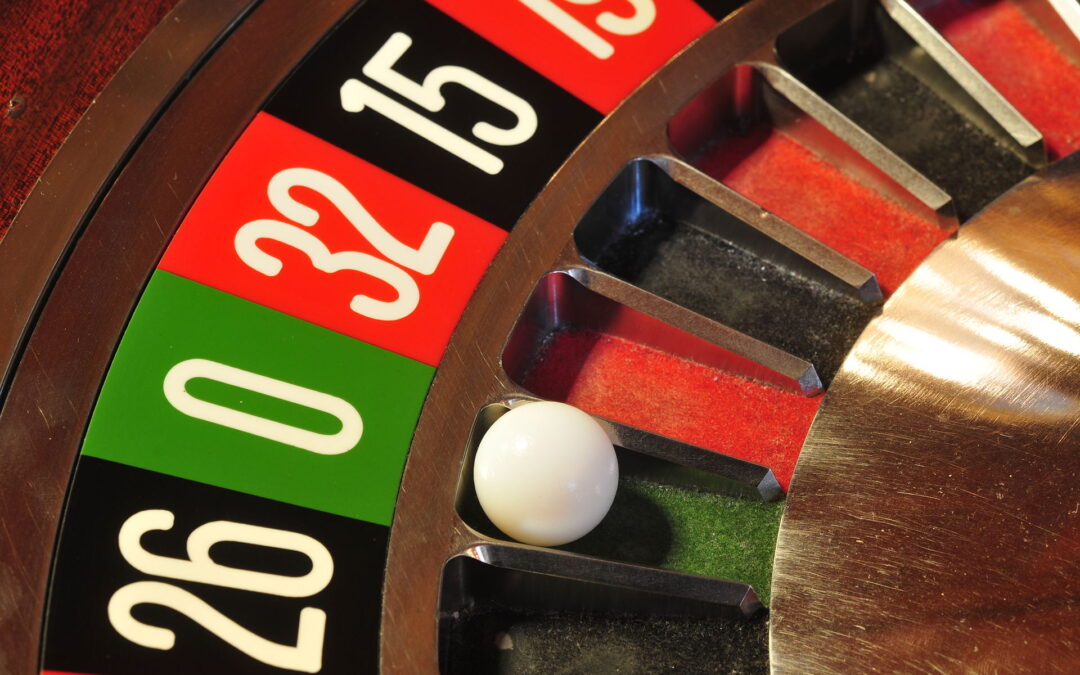 Irrational exuberance in the stock market has never been more extreme than in 2020, which has been dubbed by some as “the year of the SPAC,” or special-purpose acquisition company.

With a SPAC, a brand-new startup can bypass the traditional route of executing a viable business model. It also does not have to identify how the SPAC will spend the proceeds. Instead, it can go straight to the stock exchange to raise the money. Simply put, SPACs are a way of taking the high-risk approach of venture capital investing and transferring all the risk to the public.

In 2020, the SPAC has become the closest thing to a “get-rich-quick” scheme the stock market has to offer. More SPACs have been issued this year than ever before, making up over a third of all the SPAC offerings issued over the past decade. On the chart below, we show the data over the past 11 years.

SPACs have raised $33.9 billion so far in 2020. This is more than double the money they raised over the entirety of 2019, which was $13.6 billion. New IPOs and new SPAC capital has accelerated in recent months, as shown on the chart below from SPACresearch.com: 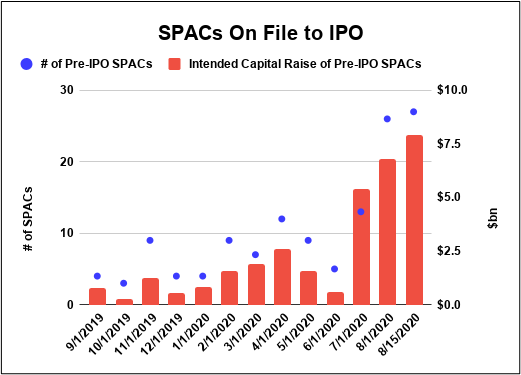 Of course, it was inevitable that someone would offer an ETF for investing in SPACs. This past Thursday (October 1, 2020), a brand-new ETF, SPAK, made its debut on the New York Stock Exchange. Its purpose: to track the performance of this “booming” market.

What’s next? How about futures on this ETF? It wouldn’t be complete without offering options. Novice investors must be offered as many instruments of financial self-destruction as possible. That’s what makes the next market crash so exciting.

When we see such irrational investment frenzies, we shudder and ask, “what could possibly go wrong?”

After reading these warnings there will certainly be investors wanting to go out and buy shares of SPAK. Our suggestion is a resounding “Don’t Do It!”

Why Investors Should Beware of “SPAK”

Normally, ETFs are great vehicles for diversification and risk management. We have many reasons to believe that SPAK, however, is an even worse trap for investors than investing in the SPACs themselves.

To successfully capture the high potential returns of a SPAC, timing is critical. Investors must be long the company before it makes its acquisition, otherwise they will be caught holding the bags when the speculative fever dies off. In such a venture the insiders buy the stock at “wholesale” and the general public buys at “retail” after the easy money has already been made.

With the SPAK ETF, 80% of holdings are for companies that have already gone public due to SPAC mergers. This means the opportunity for massive short-term gains has already come and gone, leaving SPAK investors with a basket of stocks that are at exhaustion points. Insiders get the easy money, while the public gets the scraps.

We’ve repeatedly recommended to our clients that they stay far away from any exposure to the SPAC market, which is a one-way ticket to financial ruin unless you are an insider.

A History of Deceiving Investors

The massive surge in SPAC activity this year is clearly a sign of excessive speculative fever that has been brewing in various markets over the past few years. Remember the overhyped crypto-currencies markets in 2017? How about the high-flying marijuana stocks in 2018?  These markets both crashed shortly after their big push higher.

We see this latest overhyped SPAC craze as the result of savvy entrepreneurs taking advantage of irrational markets to drop valueless securities in the hands of unsuspecting investors.

The phenomenon is not new. It was discussed in Charles Mackay’s Extraordinary Popular Delusions and the Madness of Crowds, written in 1720. Mackay discusses the South Sea bubble, when the South Sea Company, riding success from investors’ speculation in its repeated equity offerings, made millionaires out of poor people for a brief period of time.

It was then that the SPAC was seen for the first time in an offering by another firm. The promotor decided to issue stock for a new firm whose purpose and use of funds were completely undisclosed.

Investors were all too eager to invest in this “blank-check company,” caught up in a speculative fervor. To their dismay, the stock’s promoter quickly pocketed the equity capital raised and escaped the country. The stock plunged, investors lost everything, and he disappeared on the European continent.

The chart below shows the chart of the South Sea company, not the SPAC, which lasted only a few days. 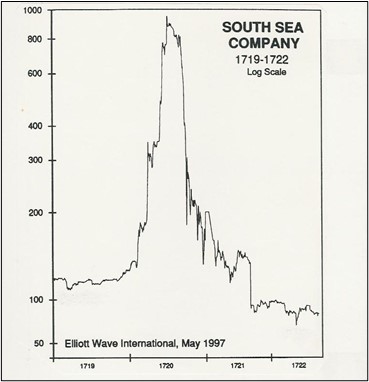 A few years earlier, the Tulip bubble speculation had collapsed in Holland. The chart is similar, as they always are (not shown).

Today we may be seeing the same situation playing out. A dramatic rally since the March lows, driven primarily by gains in a handful of the popular FANGMAN stocks, has given many new investors the illusion that we are currently in a healthy equity market.

They are willing, and even eager, to take huge risks with their money. Novice option speculators are buying call options in record amounts. It’s the greatest option bubble of small speculators (less than 10 contracts per trade) we have ever seen. As the saying goes, “history doesn’t always repeat, but it often ‘rhymes.’ ”

Consider the example of Nikola, one of the most widely followed stocks this year and a textbook example of corporate deception. Its shares plunged 11.3% the day after Hindenburg research published a report on the company’s fraudulent practices.

Since that report, investors in Nikola have seen a horrific 52% drawdown, as shown on the chart below, which is eerily reminiscent of the South Seas chart we showed earlier:

The report exposed Nikola for falsely advertising a working prototype and revealed many details about the CEO’s track record for misleading investors in his previous corporate ventures. The running truck shown in videos apparently was towed to the top of a hill and allowed to coast down, giving the illusion that it was a working electric truck, but it had no power.

We’ve pointed out the inherent problems in Nikola’s management and business plan many times. We should see the stock correct itself towards its fair value: zero dollars.

We would hate to be GM’s executives right now. Imagine buying a $2.5 billion stake in a startup which had no sales, no earnings, no products and only a ‘business plan’ of sorts. Soon thereafter it got exposed, and the founder ran out the door.

Nikola is likely just the beginning. With so many clueless speculators willing to gamble, who knows how many other “blank-check” companies will unravel and collapse when investors eventually realize the true value of their holdings?

Another firm in the EV business is Nio. This is a Chinese firm, and while it is not a SPAC, it is nonetheless an example of how the speculative fervor prevailing in markets is spilling over into other stocks. China is a perfect location for such a speculative venture. You can’t verify any of their numbers.

At least Nio has sales, but those are from previous ventures.

We have never seen such ridiculous numbers. But the stock is up over 600% since May.

We hesitate to show the chart, as it could encourage some novice speculators to plunge in. Don’t! Could it go to $100 or $1000? Anything is possible in a bubble.

We would rather watch such bubbles from the sidelines.

The best way to achieve success in the markets is not through get-rich-quick schemes, but through careful decision-making and a disciplined approach. That is what we have been doing for 44 years at Dohmen Capital Research in our award-winning Wellington Letter and several renowned services for short-term traders.

“Get rich schemes” usually make average investors poor. That is how the game is designed, and that is how it is played. Join the “Winning Minority” and avoid falling into these traps.