Home » Is The Retail Apocalypse Over?

Is The Retail Apocalypse Over? 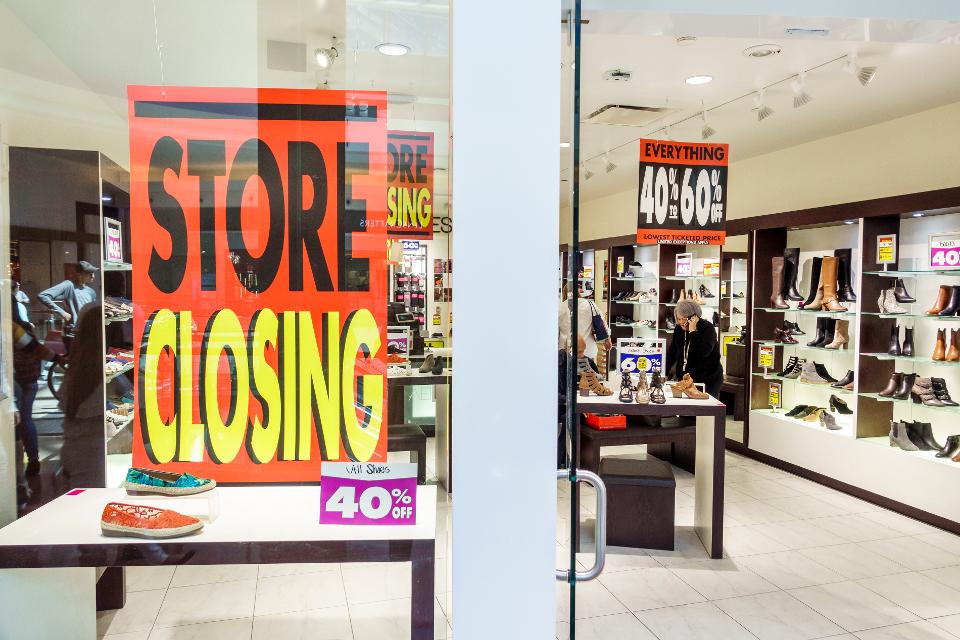 The holiday season was good for total retail. The “retail apocalypse” continues in spite of the good gain of 3.4% in overall retail sales, according to Mastercard, and online sales gains of 18.8% versus last year. Online retail is still only around 8% of total retail.

The holiday shopping season ended in January after people stop going to the stores to return gifts. We don’t have the numbers yet of what happened thereafter. “For Lease” signs will be going up in the windows of stores very rapidly. I believe that especially the “single national brand” stores will soon start going out of business. Many stayed open just for the holiday season.

In 2019, more than 9,300 stores were closed. About the same number of closings are expected for 2020. If the economy falters, the numbers will be much higher. The retail problem was more a case of excessive stores having been built, rather than just the online sales.

Interestingly, it is reported that in 2019 about 3,500 new stores opened their doors. Is this a case of hope over experience?

Online retail sales apparently jumped from around 9% of total retail sales to 15% in 2019. If true, that’s a huge jump. Of course, it includes online sales of brick & mortar retailers as well.

Retail analysts say that there is still a surplus of around 30% of existing retail space. Therefore, only the strong and most innovative will survive. That’s a huge number. Owners of retail properties cannot survive with such vacancies.

It is reported that mall owner Simon Property Group (SPG) is even considering bailing out troubled retailers. That will be expensive if the plan is executed. I consider it a sign of desperation. The idea may be that a closed store brings zero cash flow, whereas a bailout preserves cash flow, at least for awhile, while preventing the negative aspect of boarded up stores in shopping centers. The stock of SPG seems to reflect the impact on earnings of this plan. Here is the chart of SPG:

However, while the consumer is still spending, parts of the economy are weakening and some are entering recessions. Manufacturing, transportation and other B2B sectors are weak.

However, Amazon reported record sales this holiday season. My own retail experience as a shopper this season confirms that even brick & mortar sales were decent. The shopping malls, the ones still open, were very crowded. In fact, the lines of cars waiting to get into the parking ramps were huge in the best malls.

Inside the malls, I saw confirmation that “branded” stores were shunned. Few customers, very high prices. It’s logical. Consumers want choice, not having to go to a dozen stores to find a sweater or other items. That’s why department stores came into being many decades ago: convenience.

This is also why Amazon is so successful; one place where you can do most, if not all, of your shopping.

I believe the best department store operators will eventually come back after the shakeout. There is now less competition as the weak ones go out of business. But first the glut of retail stores has to be reduced further. Larger chains like J.C. Penney will be on the edge of extinction.

The single-brand stores will see a continued avalanche of closings. It was a poor concept to begin with. Walking through Beverly Hills, I saw a large number of storefronts of such branded stores closed with “For Lease” signs.

The ones still open had very high prices, apparently aimed at the large number of Japanese tourists who are accustomed to outrageous prices at the Ginza in Tokyo. Apparently, for them a $1,300 wool sweater is a bargain as long as it has a well known label.

My opinion for some time has been that the best shopping malls will eventually do well as the poorer ones close. The best department stores, like Macy’s, should be a survivor if it can dump ownership of Bloomingdales. The market for $125 T-shirts and $500 jeans is very limited.

If you like retail some time in the distant future, here are the major ETFs. Note that there is a huge performance difference that will probably continue. The biggest ETF for retail stocks is SPDR S&P Retail (XRT). Here is the chart going back to 2016. Note that there has been no gain in four years.

Why is there such a big difference between the two ETFs? The XRT is “equal weighted” (each stock has the same weight in the index). The RTH is “cap-weighted.” Amazon makes up 20% of the weighting, vs. just 1% in the XRT.

However, I have to point out that Amazon does not trade like an “online” retailer. It trades like a tech stock, because its AWS (cloud computing) services are a big profit center.

Surprisingly, other online retailers haven’t done that great. That’s amazing because holiday sales for online stores are reportedly up 18% year-over-year. The ETF doesn’t seem to reflect that. Here is the ETF for online retailers, ProShares Online Retail (ONLN), since July 2018 (its inception date):

You might think that buying online retailers and shorting brick and mortar would be a good bet. But that doesn’t seem to be true. Here is an ETF for that exact strategy, ProShares Long Online/Short Stores (CLIX), since it began in late 2017:

Conclusion: You can see that it is very important to check out an ETF before investing in it. I always look at the charts first. Then I look at the “profile” of the ETF, then its actual holdings. A number of websites have that info.

I believe that the shakeout in retail is not yet over. Right now, the consumer is looking confident. However, that can change fast. I would not be in a hurry to go bargain hunting in the stocks of this sector. Christmas sales are a poor indicator of future non-holiday sales.