Home » What the Biggest Investors Are Doing With Their Money Now

What the Biggest Investors Are Doing With Their Money Now 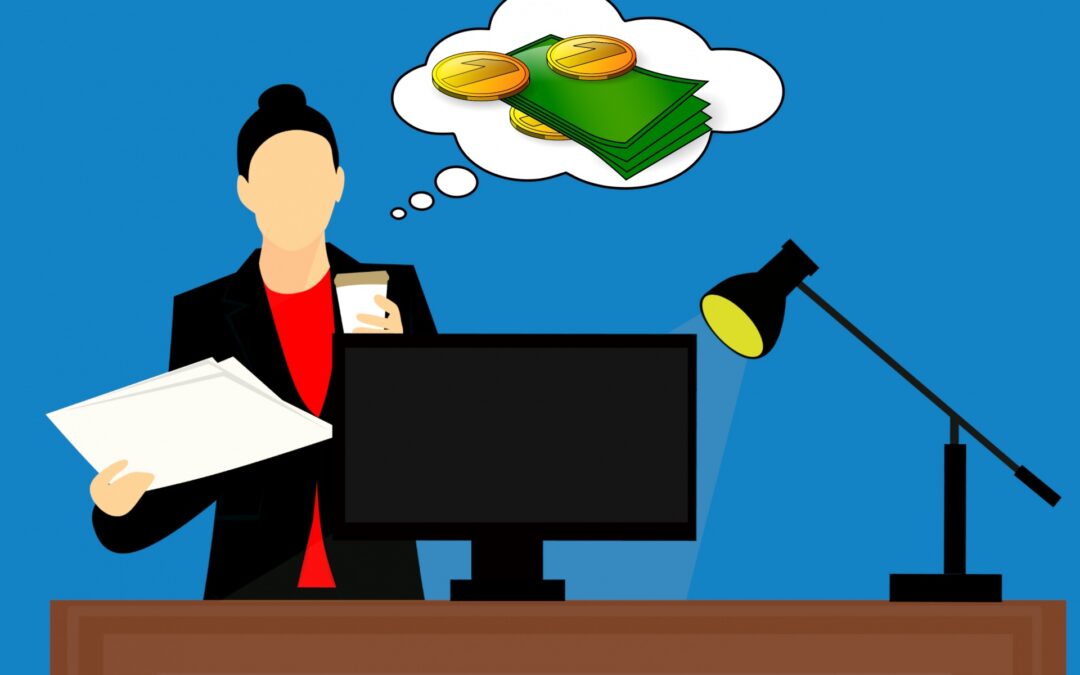 Right now, money flows, into and out of the stock market, show huge outflows by the traditional largest stock buyers, such as institutions.

Our work suggests that they have been investing a significant amount in Private Equity (PE). We found that there is an accelerating trend of large institutional money management firms and their clients buying into private equity (PE), which is not traded. They don’t have to worry about daily or even monthly pricing volatility. (Don’t make the mistake of comparing these investments with the stocks of the private equity firms, as those are the management companies that have much higher volatility.)

The biggest traditional stock investors, like institutions, have been selling stocks, not buying. This only measures listed stocks. The numbers show that they have sold listed stocks and bought private investments. These are recorded as “alternative investments,” but are not part of the volume of the stock market.

Now we hear that the giant Vanguard Fund group is considering a move into Private Equity. Obviously they see the shift by big investors. The talks are in the early stages and a final decision hasn’t been made.

Vanguard has $5.3 TRILLION under management, making it the second largest fund company in the world. Big money is moving out of listed stocks because of the violent, manipulated moves and into less volatile long term investments in the private area.

It is reported that in 2017 at least $2.4 TRILLION was invested in private equity (PE) compared to only $2.1 TRILLION in listed stocks.

That is amazing. Thus, institutions are trying to avoid the crazy volatility of listed stocks so they invest in privately held companies via private equity firms. That would account for the declining volume of listed stocks as the indices rise.

Furthermore, institutions indirectly lend out money to private borrowers at higher interest than offered by traditional vehicles. According to the firm Prequin in May, “fundraising for direct lending funds in the first quarter is already up 67% on 2018.”

But PE is illiquid. Some have lockup periods of up to 10 years. This could present a big problem some day when the investment entities need the cash. Large pension funds are an example as they have to make payouts to pensioners and are earning less than the payouts they have to make.

This could become dangerous. But the benefits of the current trend towards PE could even extend the bull market as there is less forced selling during bear markets.

The number of publicly traded companies has plunged by about 40% over the past 40 years, as have the number of companies doing IPO’s. This has consequences. Market liquidity is significantly reduced.

Look at these charts (courtesy of Fortune): 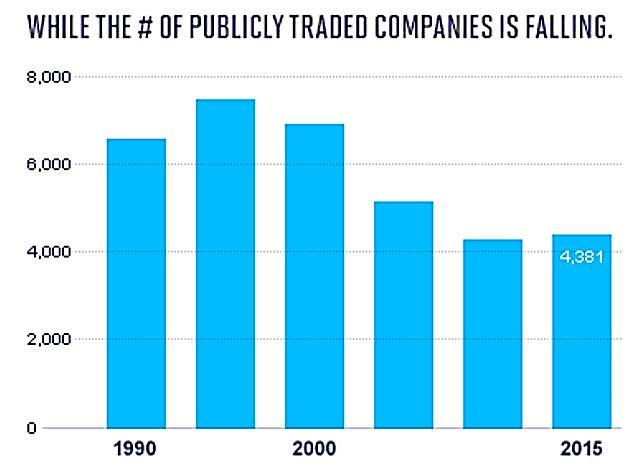 Strong declines of the stock market often produce a lot of additional selling just to raise cash in case the worst happens. When these institutions are invested in non-publicly traded stocks, that part of the problem is resolved. They don’t have to sell those. However, the lower volume also reduces liquidity in the market when they want to sell some of their public stocks.

There is no free lunch. If there is a severe bear market, where some indices decline up to 80% as in the past (1973-1974), the PE investments will also suffer greatly. The institutions won’t be able to get out. That’s a dilemma.

What are the consequences in the stock market of this change in preference by institutions?

The resulting declining volume in the stock market makes it easier to manipulate the market. The large hedge funds and algo-traders can do this. But so can the governmental entity that is charged with “producing orderly markets,” the PPT, or “Plunge Protection Team” of the US Treasury. The original mission of the PPT per an act signed by President Reagan in 1988 was to produce “an orderly stock market.”

That mission seems to have changed over the past years to that of producing a stock market rise. Therefore, the PPT can do a lot to push stocks up and prevent big declines.

But there is a limit to what the PPT can do. It can’t stop an avalanche of selling.

Looking several years into the future, could that mean that listed stocks will become a minor part of stock investing and the big institutional money will focus on private equity (PE)? Have you noticed the announcements of large private equity firms raising billions of dollars for new private equity funds? The demand is there, probably from institutions.

Furthermore, the number of stocks will shrink as smart CEO’s who have control over their firms are starting to take their companies private. The preference is in the direction of being a private company, avoiding all the regulations, the scrutiny of reporters and analysts quarter to quarter, and the volatility. Volume should continue to shrink, making the market even less liquid.

That will exacerbate the volatility, providing more opportunities to smart investors who know how to prosper in bull and bear markets alike.

Our award-winning Wellington Letter can give you the key advantage in the investment markets you’ve always searched for, offering the most astute analysis and forecasts out there, which some of the world’s billionaires rely on all year long.

Get our latest issue and discover why our clients believe the Wellington Letter offers “by far the most enlightening analysis on the market.” Learn more at DohmenCapital.com