Home » Why the Melt-Up is Now Melting Down

Why the Melt-Up is Now Melting Down 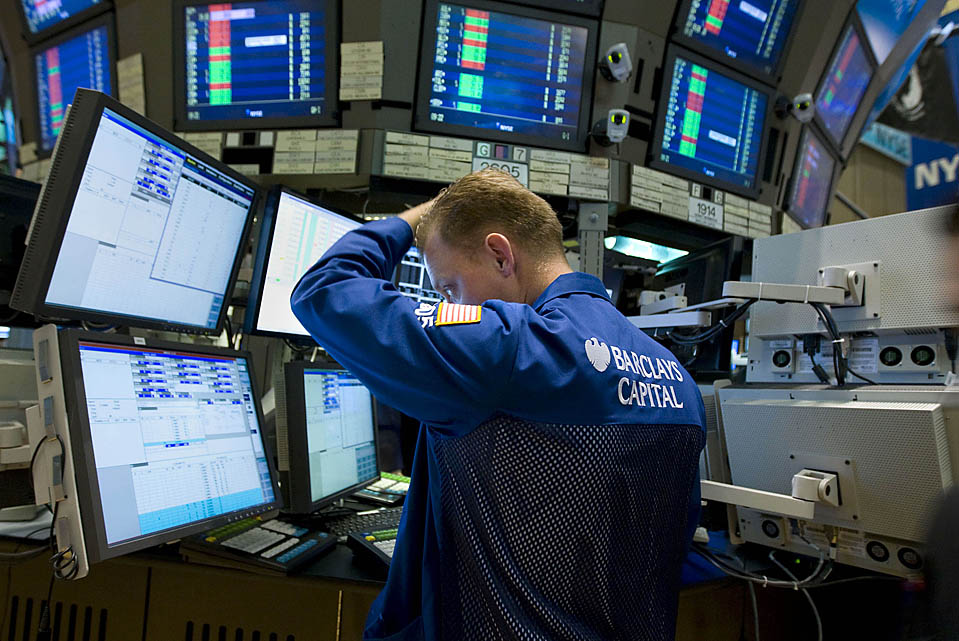 The tech-fueled rally from the March lows is now over. While some may have called the rise a new bull market, we declared it a “bear market rally.” With the selloff since the September 2nd top, the major indices are now in or very near correction territory.

The NASDAQ Composite, which was propelled by big money flows and retail investors getting into the mega-cap FANGMAN stocks, has now plunged nearly 12% over the past three weeks. Historically, what leads on the way up tends to lead on the way down. This should be a big a warning signal to every investor.

We called the pivotal turn in the market three days before the selloff began. In our August 30th issue of the Wellington Letter, “The Market is Running on Fumes,” we explained our analysis, which showed the melt-up was on shaky ground:

The market has been under distribution for almost 2.5 months, while up-moves in a few high-profile stocks make it seem that the broader market is strong and rising to new highs. That is a great deception always seen ahead of big declines.

However, experienced investors know that the widely followed indices often paint a distorted picture of reality. This is why we look at the VALUG Index, which weighs over 1600 stocks equally. The VALUG in fact made its top two months ago on June 8th, which we called the market’s “internal top.”

Over the past few months, we’ve pointed out divergences between the well-known S&P 500 index, which is primarily controlled by 5 stocks, and the broader VALUG index. As you can see on the chart below, the VALUG and the S&P reached respective tops on June 8, however, only the S&P 500 broke out to a new high while the VALUG failed to do so and instead formed a series of lower highs.

Divergences like these indicated that the ongoing rally was in its final stages. As we anticipated, a major selloff erupted this month that has now erased all of August’s gains from the major indices. We wrote about this just one day before it began.

As you can see above, since the internal top on June 8th, the NASDAQ’s A/D line and Composite have formed an ‘X’ pattern, with the exchange’s internals steadily deteriorating even as the index reached new highs.

Of course, it is challenging to call market’s top precisely, but it’s not impossible. Since the start of our firm in 1977, we’ve noticed that all important tops have certain things in common, which for us are big warning signs. The key factor that gave away the latest big turning point on September 2nd was the manipulation in the markets.

In our September 7th Wellington Letter, we explained the manipulation by Japan’s SoftBank, which created the largest “gamma squeeze” in history. SoftBank had made massive bullish bets on large tech stocks, spurring a buying frenzy in the options market.

In August alone, Tesla stock soared 74% as single stock call option volumes shot up to historic levels. Retail traders jumped into the options market in droves, not wanting to “miss out” on this opportunity. 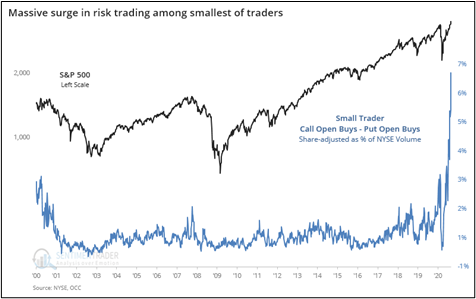 When SoftBank was exposed as the “NASDAQ Whale,” however, it became clear to more experienced investors that none of August’s gains were legitimate. In fact, the DJI, S&P 500, and NASDAQ Composite had their best performing months since April. The new all-time highs being set nearly daily were totally phony, based on nothing more than speculative frenzy.

But small retail investors weren’t deterred, continuing to buy call options contracts with expiration dates right around the corner. Goldman Sachs reported in July that over 75% of options trading volume was for contracts expiring sooner than two weeks. This is not investment buying, it’s pure speculation. 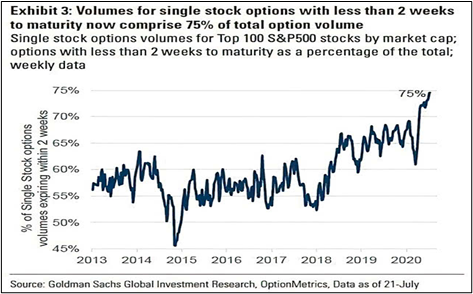 There was an incredible amount of money to be made from call option buyers who didn’t understand that options’ “time premiums” go to zero at expiration.

We believed that Friday, September 18 would be a critical day for options traders. This was “quadruple witching day,” when this massive number of new call option contracts were due to expire. Three days prior, on September 15th, we warned our members to expect big selling in our short-term trading services (Smarter Stock Trader and Fearless ETF Trader):

Remember, the professionals usually take the other side of an option trade. Small traders… bought call options expiring this week in huge quantities. That’s like playing Russian Roulette with a fully loaded gun.

The pros who sold them these calls want them to expire worthless in order to pocket the money. Therefore, if we had to bet, we would look for a sharp selloff by Friday (September 18).

As we saw on September 18, the major indices plunged heading into the weekend and continued to plummet even further this week on Monday (Sept. 21) and Wednesday (Sept. 23). That confirmed our suspicions.

The big driving power for the NASDAQ’s rally since the June 8 internal top is now gone (i.e. speculation in the mega-cap tech stocks). These stocks will now return to reality and join the decline of the broader market, as we predicted.

Can you imagine all the money managers now sitting with large positions in these stocks, realizing they bought into a manipulated frenzy? What would you do?

In times like these, it pays to have the best research guiding your investment decisions. Our Wellington Letter subscribers receive timely insights from our research, backed by 44 years of experience and an impeccable track record for calling major turning points.

We wrote many months ago that fortunes will be made and lost this year. These last few months of 2020 may be the most important ones yet. Now is the time to invest in premier research to enhance your own investing strategy as we head into what will be one of the most volatile periods in the history of the stock market.